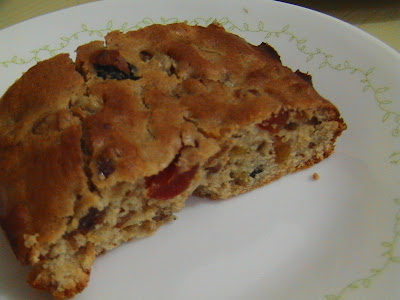 Not many can have a father
Who’s half as great as you.
Others might try, but they fall shy
You’re a top-notch father, it’s true.
So that’s why on your birthday,
I want to make sure you know,
I admire your sincerely and love you dearly,
And those feelings continue to grow.

I came across this wonderful poem on a site called http://www.poemsource.com/ and this poem was penned by Karl and Joanna Fuchs. And I could relate to the emotion. I am in Chennai to celebrate, among other things, Appa's birthday. I owe this man a great deal. He has always stood behind me in everything I've wanted to do. Pushed me to excel in just about everything I did. And as far as helping me hone my culinary skills, while he always maintained that he can "boil water without burning it", he has been a willing guinea pig. The man who ate semia upma and told his then 13 year old daughter it was delicious. Much later I realized that I'd used twice the amount of water I should have. A lot of my initial cooking happened when Amma was out of town and that meant that H and Appa were left to my "raj". While on the face of it, he may have thought I don't really care about his likes and dislikes, one word of appreciation from him can put me on cloud nine for a long long time. And so, while I didn't exactly learn any cooking from him, he taught me a lot. 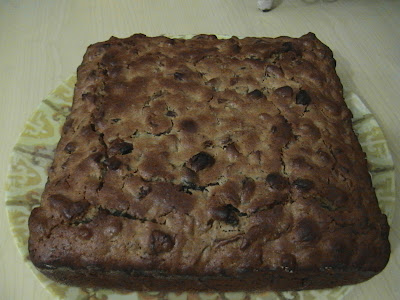 I baked a cake late last night ans brought it with me this morning. The first thing we did after entering the house was to have him blow off the candle and cut the cake. 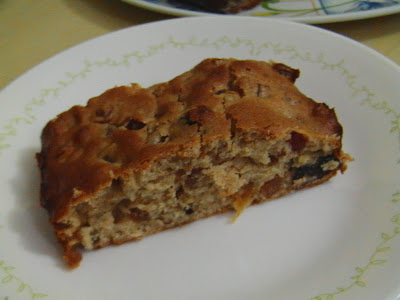 Soak the dry fruits for at least 2 days in the white wine and rum along with the spice powders.

Sift the dry ingredients. Add the oil and sugar and beat well. Add the beaten eggs with the essence and then fold in the flour mixture. Stir in the fruits along with the liquid and then divide the batter into the cake tins. Bake for 45 minutes.

As India celebrates her Republic Day, we celebrate the other occasion that makes the 26th of January ever so special. Happy Birthday Appa!

Hey, double celebration... Happy Birthday to your dad, and congrats to you for the 200 posts... :) That is a very touching poem..

Dads are special, aren't they?...I too was very close to mine |(he left for his heavenly abode nearly 14 years ago)...a very happy b'day to your dad and congrats on your 200th post.

Happy Happy birthday to Uncle. You have a wonderful time at home.

Thats a very touching post Raaga. Dads are so sweet. Loads of bday wishes for your dad.

Happy birthday to dad and our republic. Did you take pictures of birthday party?

Dear Raaga, Congratulations on ur 200th post and Wishing a very Happy Birthday to your dad!

congrats :) and wishing your dad many more happy returns of the day!

@Sig: Yup... its double celebration!! Thanks

@Sunita: I read somewhere that it is our parents we miss the most when they're gone... I love these two people loads and try to spend as much time with them as I can :-) Thanks

@Revathi: No pics of the celebration... didn't unpack my camera in time :-)

Hi Raaga...long time no see! CONGRATS on your 200th post & happy belated birthday to you Appa. I loved the dedication/poem & could picturise the semia with double water. The fruit cake does look nice; can also see that' candle & all! Are you back in Gurgaon? Why the silence? Is blogger playing up again? Take care.
LOL Deeba

And Happy B'Day to your dad. That cake looks delicious :)