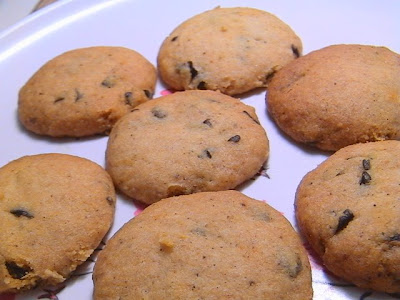 We've finally started having a few get togethers at home. On a regular basis. It isn't like we haven't ever thrown a party before. We just haven't thrown as many as we'd have liked to. And we're attempting to change that.

Some of the parties that we hosted earlier were main meal intensive. I've found that those work best when there is little or no alcohol doing the rounds and/or when there are children at the party. A drink to start with, some soup, a couple of starters, a pulao, a dry side dish, a gravy side dish, rotis, dal, salad and dessert.

This formula doesn't work well for every kind of party though. Many of the parties that we attend and host are snack intensive. By dinner time, no one really wants dinner. There's a limit to the amount of namkeen or chips that one can comsume. "Hot snacks to the rescue" I hear you say. But I don't quite like the idea of slaving over the stove. So I make different kinds of baked cutlets/patties. But then again, there's only so many that one can make. I thought that savoury cookies might make a great snack. And the added benefit was the fact that I could make them much ahead of time and just bring them out at the time of the party.

The night that I made these, the plate was empty in no time at all. The first reaction that people had was "butter". I did use butter, but 6 tablespoons of butter that I used in the dough gave me about 60 cookies. So, that's not all bad. Here is the recipe I used (cross between a recipe in the cookie book and Amma's Nankhatai):

In a bowl, mix the flour, butter, baking soda, salt, garam masala, chilli powder till the entire mixture resembles bread crumbs. Fold in the egg replacer mixture and the coriander leaves and mix into a soft dough.

Make small balls of this mixture and flatten them on a cookie sheet. Bake for 12-15 minutes.

These are not only great with cocktails, but even with a cup of coffee or tea. A great alternative to sweet biscuits.

Yummy! I love Khara biscuits, as we call them in Kannada. Looks perfect! :)

wow, I have been wanting to make these for quite a while now .. I love savory biscuits anytime

I agree 6 tbsp for 60 cookies is not much... am bookmarking this to try - sounds too good.

Very inviting Raaga. A good change for our regular sweet ones. Hope you are dong well. Viji

I have been looking for this recipe for ages,have finally found it!thxxx dear

I love the idea of serving cookies as savory! Kids can eat it too, right?

Loved the idea of making savory cookies.. I have a still long way to go wth baking..Hey tried your strawberry cake..I had some problem as the cake trued out very sticky and not completely baked even though I kept it for longer time. I guess I added too many strawberry pieces finely chopped.. Planning t try again..any tips?

I prefer savory ones than sweet,any day,and these look pretty perfect
Enjoy the parties dear,wish we were invited to some(coz here its just on festivals or marriages that people invite any one home)

Hubby and me love having our friends over and used to entertain a LOT in Chennai. In Delhi, though we do meet up with our friends a lot, we tend to do a lot of things outside the home - picnics, jazz shows, cultural events, kid centered outings, Chandni Chowk and other heritage walks....so we tend to have friends over only once in two or three months.

And yes, I too hate being in the kitchen when there are people over, so mostly go for things which can be made in advance and then just heated up - Cutlets, falafel, pita bread triangles, vegetable crudites, mini quiches, a bowl of nuts, spanish omelet cut into strips and pasta salad are some of what I usually do. No namkeen and chips or deep fried stuff!
Thanks for adding another great snack to my list - seems like it would have been a big hit!

BTW, I saw in a comment on someone's blog that you have phyllo pastry - where did you get that!!
And hope we can meet up soon one of these days - sad that I couldnt make it last week...

This is perfect. Just my kind of snack - savoury and crunchy.
Btw, where did you get egg replacer from?

Pretty good Raaga. Pretty much similar to the Khara biscuit I made.

what is egg replacer, could u explain...

An egg replacer is a powder that you get. It is vegetarian and you add a proportionate amount of water to it and it gives the dish the effect of egg. Where do you stay? I could guide you accordingly.