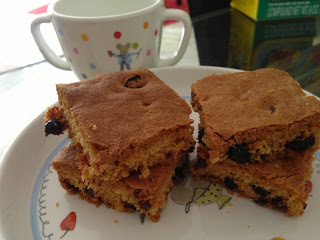 I never thought I'd abandon this space. Not even for a few months. Whenever I thought I had been away too long, I'd be back, usually with a vengeance. This time, I realize I've been away for way too long. This blog which had become such an integral part of me, turned six, and I didn't blog about that. I threw a big surprise party for S' birthday. I didn't let any of you on the secret. I knew I always had a truckload of excuses: a new job, a toddler... but honestly, I've had it much worse than this and I blogged through all that.

I think it is just that 2013 has been one heck of a year for me. The never before and never again variety. I restarted the photo a day challenge and have stuck with it. I traveled to more countries in one year than I did in all my life until now. I had the honour of celebrating my parents' 50th wedding anniversary. I also learnt of the depth of my strength as I suffered a great loss. But I have always been the type that tries to take everything in her stride. But, sadly, this blog suffered.

A started school earlier this year and one of my endeavours is to give him homemade snacks. I have to admit I was taken by surprise when I realized that even two year olds suffer from peer pressure. Many of my attempts to create goodies for him has resulted in them being returned as is with an "I want Milo balls" or "I want Chocos".

I wanted to make some blondies for him as I was desperately fighting a chocolate war, and a seemingly fake one at that. I remembered saving a recipe from almost 10 years ago. The source has long been forgotten as this was in my pre-blog era. I modifed it to make a batch of much loved blondies. Even by a two year old.

Cream the butter and the sugars in a bowl. Add the eggs and beat well. Sift together the flour, baking soda and salt. Gradually add to the butter-sugar mixture, beating well after each addition. Stir in the dried fruits, chocolate chips and butterscotch bits.

Divide the mixture into the two pans. Bake for 30 minutes until the top is golden brown. Cool and cut into squares. Enjoy these with a cold glass of milk. These are little bejewelled, bite sized treats for kids and grown ups alike. Try it and let me know what you think.

I turned a year older two days ago. Many friends wished me. Most wished this blog well and hoped for many more recipes. Some wondered what had happened to this space. And then there was one who had been begging me to resume for months now. For the past few weeks, it had turned into a push of sorts. This morning she extracted a promise. Now, there is no way I can let this slip. My dear namesake, this one is just for you.
Posted by Raaga on 10/24/2013

This is the space where we met and became friends. this is also a space that missed you...what a lovely recipe to make a comeback with! Lots of love and hugs.

Our blogs are always there A, waiting for us even when our lives get so busy that we don't have time to breathe. Feels good to see you back in action. Blondies look yum. No wonder the kiddon liked them. :-)

Its nice to read your post, you twisted your blondes and its so delicious. Im sure my kids will love this.